You are here: Home / About Jay 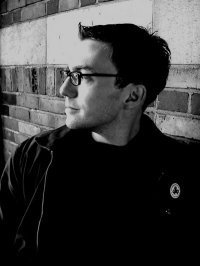 I am a historian whose work explores the relationship between race, gender and the forging of effective political solidarities in struggles for power within the urbanizing, segregating South. My first book, Schooling Jim Crow: the Fight for Atlanta’s Booker T. Washington High School and the Roots of Black Protest Politics (University Press of Virginia, 2014), traces the changes in black political consciousness that transformed a reactionary politics of respectability into a militant force for change during the fight for black public schools in Atlanta, Georgia.

My next book, tentatively entitled A History of Impunity: Lynching and Police Violence in the Twentieth Century, contends that lynching and police brutality are two points along the same continuum of anti-black violence. This mode of violence stretches well into the twentieth century and shifts form between the 1930s and 1950s from extralegal murders committed by vigilante mobs to impunitory killings at the hands of police.

My five years as an organizer for the Graduate Employees and Students Organization at Yale University introduced me to the labor movement. Since graduating, I have done consulting and research work for a range of individual clients as well as institutional clients such as the National Labor College, the International Brotherhood of Teamsters, the Smithsonian Institution, and the Civil Rights and Restorative Justice Project.

I live in Takoma Park, Maryland with my wife Lauren and my cat, Moses Schrödinger Heisenberg.

Want to keep up with what's going on with me?
Follow me across my Social Networks.